Recently, the Rotary Club of Bendigo South held a raffle, where a boat and motor package was the main prize.

After such a successful first attempt at raffling a fishing boat last year, the Club once again decided to raffle such a prize.

After having received such generous support from Kevin Barker at Lake Eppalock Marine, the Club this year decided to support the local Bendigo Hospital orthopaedics ward with funds raised from the raffle. This will go towards the purchase of new equipment to fit out the ward when it opens in the new hospital early in 2017.

Club volunteers, family and friends, as well as members of the orthopaedics auxiliary manned the selling stall for weeks leading up to December 8th draw, raffling tickets at local shopping centres and major events. Probably our busiest weekend was selling tickets at the Leisurefest at the Bendigo Racecourse, where over $2000 worth of tickets were sold across the weekend.

When the boat raffle was drawn, the winners were a neighbouring Echuca couple, who will no doubt put the boat to good use on both the Campaspe and Murray rivers. 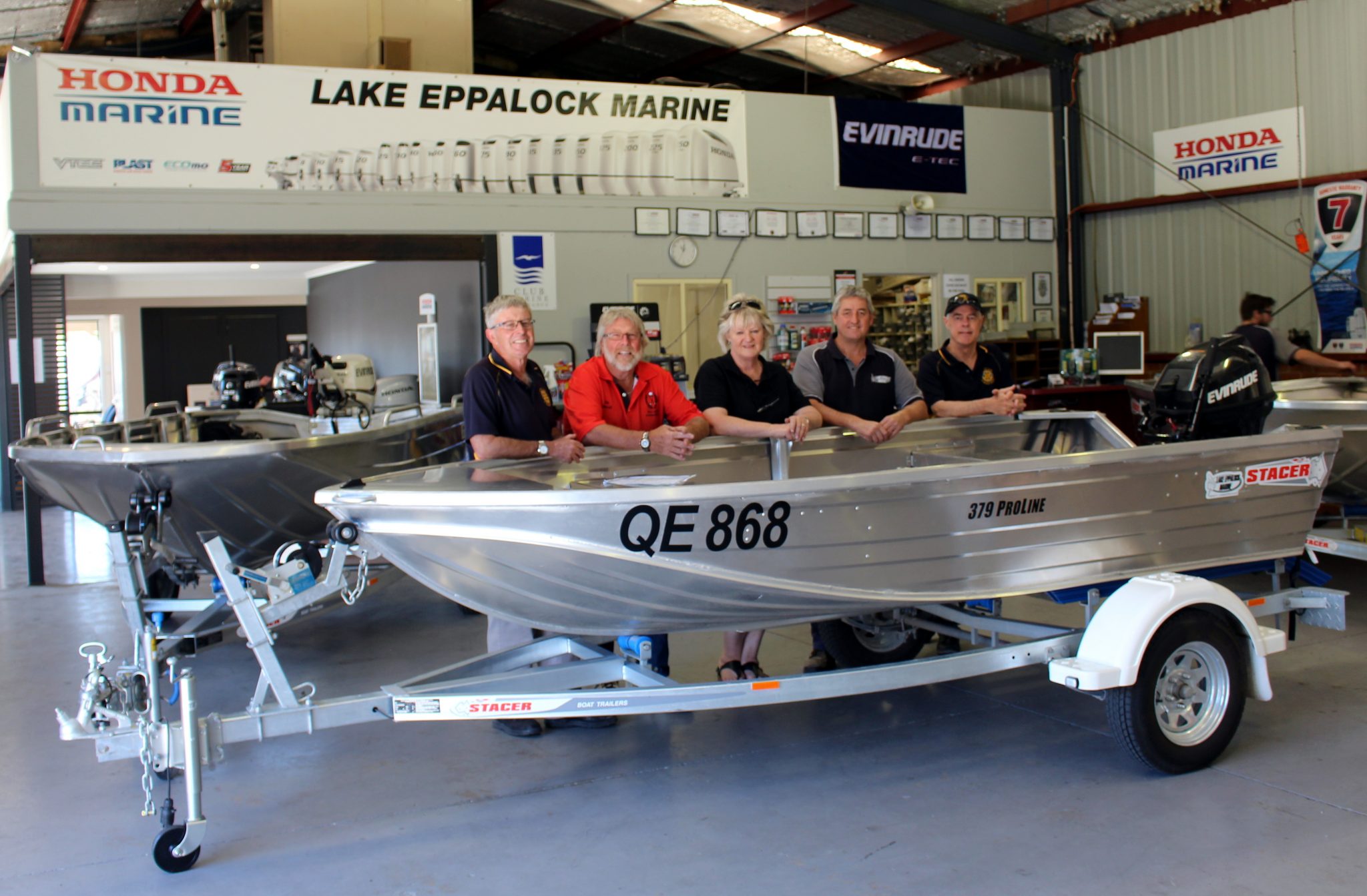