It may have been a cold winters night out at the Marong Public Hall, but this didn’t deter the Rotary Club of Bendigo South from continuing to do what it’s best at… Supporting the local community!

Last Thursday night the Club hosted its annual evening to celebrate its year of success.

Donations in excess of $25,000 were made to three separate local community organisations on the night. Throughout the last twelve months, in total, a membership of just under 40 Rotarians and Friends have fundraised and donated over $63,000 for local and international causes.

The largest donation on the night went towards the build of the Annie North Family Violence Refuge, which was the culmination of one of the Club’s largest fundraising efforts. This involved members holding a major raffle, with a fishing boat and motor being the major prize. A donation of $18,000 was graciously received by members of the Annie North board on the night, who outlined just how valuable such a donation will be to the centre when it is built.

Other donations that were close to the hearts of Club members and friends on the night included $4,000 to both the Vahland Fountain Restoration project and the local Motor Neurone Disease support group.

The night wasn’t all about making donations though, with members and guests enjoying a night of fun surrounding a country theme. Traditional Aussie yarns and musical entertainment was provided by the captivating Geoffrey Graham.

As the new Club Board was unveiled, President Tony declared that he had enjoyed the role so much, that he would go back for a historic second term in the role.

Having achieved so much in the past Rotary year, the Club and members look forward to another year of success as “Rotary Serves Humanity,” as is the incoming year’s theme. 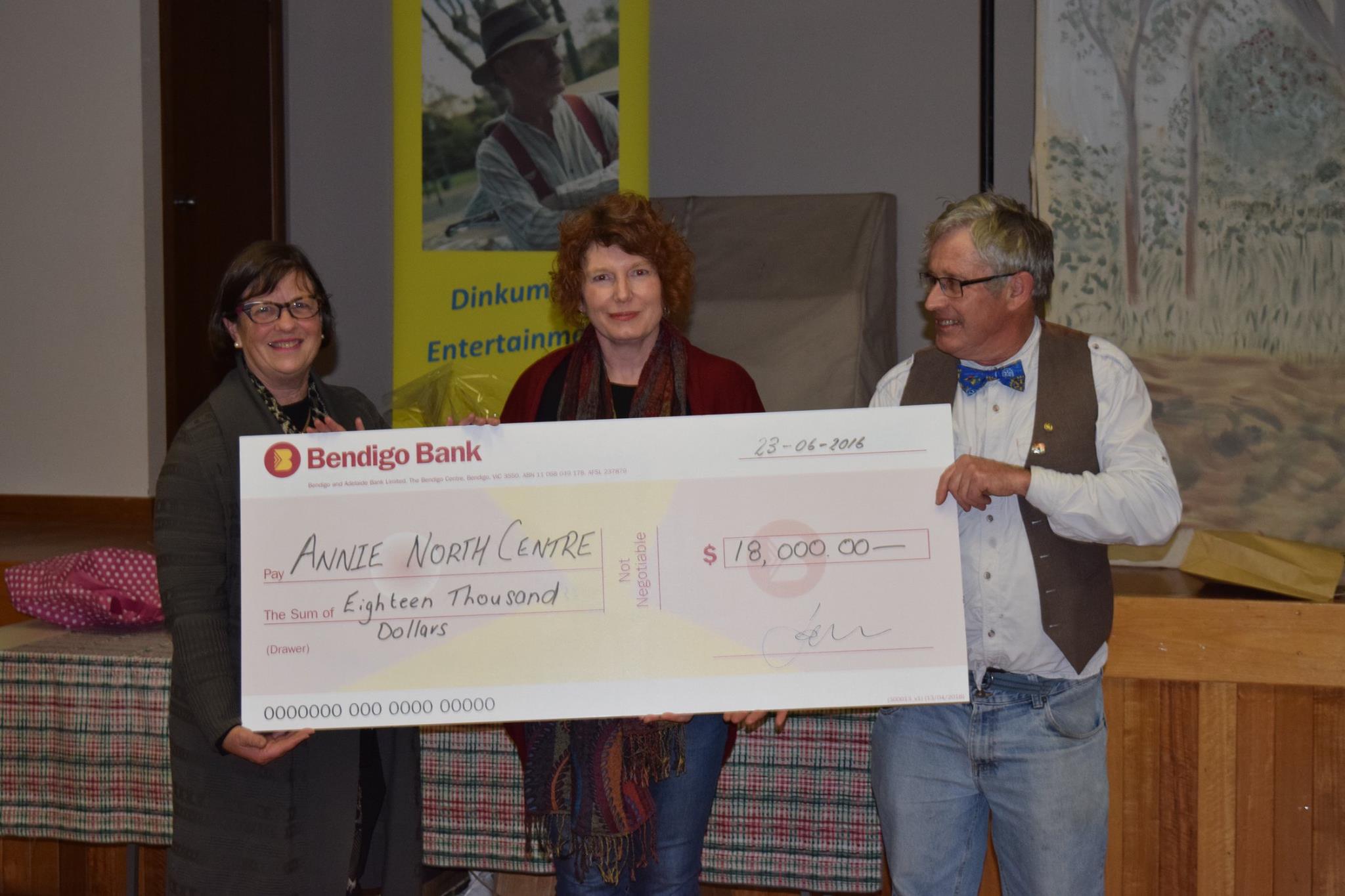 $18,000 donated to the Annie North Family Violence Refuge in Bendigo.