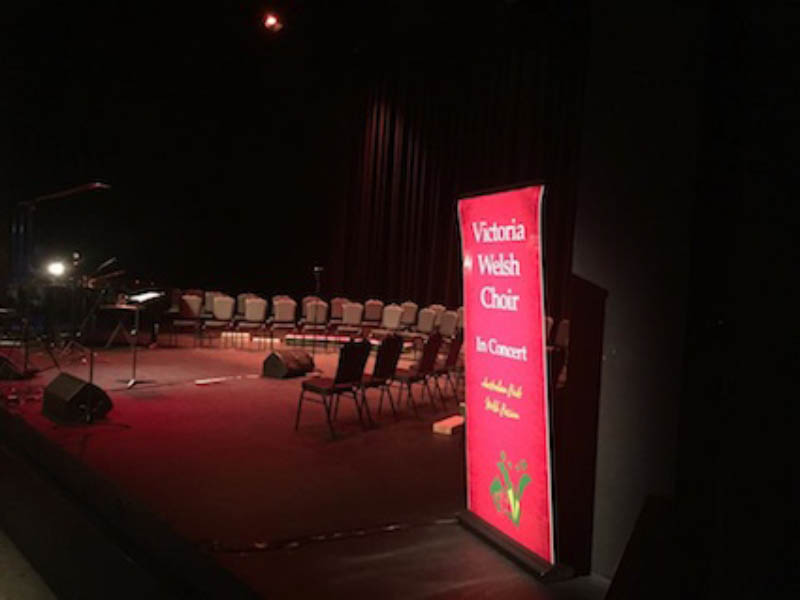 What an amazing sight it was to see, when over 900 members of the Bendigo community and beyond filled every seat in the house of Bendigo’s new Ulumbarra theatre. They were all there to see the Rotary Club of Bendigo South’s first foray into musical theatre, presenting Marina Prior and the Victoria Welsh Choir.

Accompanying the two larger musical acts was Kaitlin White of Bendigo Senior Secondary College, who last year was awarded the Rotary Club’s inaugural musical bursary award. Kaitlin played a well known tune on the piano to the packed out house. 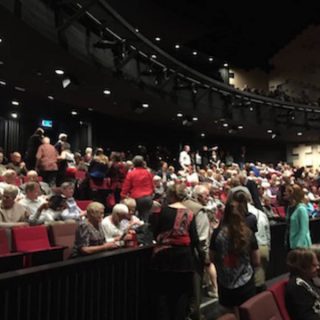 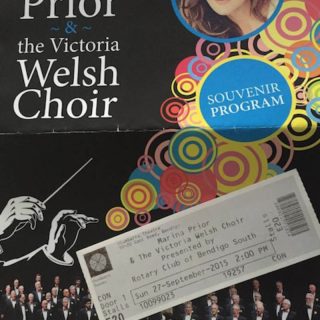 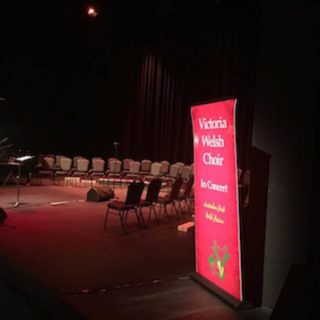 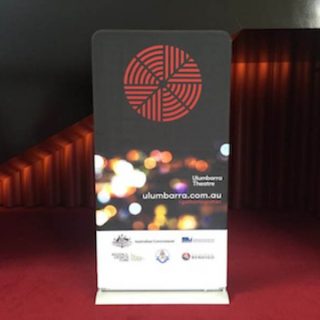 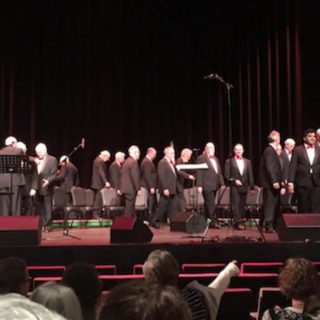 Singing beautiful melodies from many of her past stage musical appearances, Marina Prior also regaled those in attendance with her experiences playing Christine in the Phantom of the Opera. On this occasion however, it was not so much a case of the Music of the Night, moreover Music of a wonderful Day, with members of the Victoria Welsh Choir also singing several songs in accompaniment with Ms Prior.

Adding to the experience of bringing such great musical acts to the people of Bendigo was the fact that several of the Victoria Welsh Choir members were local Bendigonians.

Traditional Welsh, Celtic and Scottish tunes were sung by the choir, in addition to a medley of World War I and II tunes to commemorate the ANZAC centenary. The concert was rounded out musically with Ms Prior singing a spine tingling rendition of ‘It’s time to say Goodbye,’ with several audience members greatly in awe as accompanist David Cameron began to play those well known notes on the piano.

The final musical piece of the day appropriately went to the Welsh, as the entire theatre stood to attention for a rousing rendition of the Welsh national anthem, ‘Hen Wlad Fy Nhadau.’

It was great to see so many people from all walks of Bendigo turn out for the community concert, as well as fellow District 9800 Rotarians and their partners, who had come from around the Goldfields cluster and beyond to support the concert.

By enjoying a great afternoon of music, Past President Rod Spitty summed it up well when he spoke on stage of the Rotary Club being in partnership with the community. By attending the concert, the community was also helping to bring the new theatre to the people, as well as contributing towards future secondary school musical scholarships.

When the performers took their final bow at the end of the concert, members of the Rotary Club of Bendigo South looked around in amazement at the number of people in attendance, knowing that now the concert had been successfully staged, all of the hard work along the way had been worth it.

It is envisaged that a similar concert featuring the Victoria Welsh Choir will be held at the Ulumbarra theatre every two years, so if you didn’t get a ticket this time, be sure to get in early for 2017.

The Rotary Club of Bendigo South would like to thank the many community organisations, businesses and individuals who helped to promote and assist in organising our recent Marina Prior and Victorian Welsh Choir concert. In terms of media publicity, we would like to thank both KLFM Radio and WIN News for their generous promotion of the concert and the voluntary work that our Club members undertake.

To everyone involved, THANK YOU and we appreciate all that you do contributing to the successful work of Rotary in the community.